Spiritual leader and psychedelics science pioneer Ram Dass died on Sunday at his home in Maui. A post on his official Instagram page says he passed “surrounded by loved ones,” and that memorial services will soon be announced.

In recent years, Ram Dass said he was ready and reconciled to his coming death.

The announcement of his end ran with an email address to which Ram Dass mourners are encouraged to send their memories of the author.

Before he was Ram Dass, he was Richard Alpert — a professor at Harvard University where he met a clinical psychology lecturer named Timothy Leary. On March 5, 1961, Alpert went to Leary’s house to learn about his experimentation with psilocybin firsthand. Leary dosed the psychology and education professor, along with Beat poet Allen Ginsberg, with 10 milligrams of psilocybin.

Later, Ram Dass said that during this encounter he learned that “it was OK to be me.” He was to become an influential proponent of drugs, and a major figure in the psychedelics revolution of the 1960s.

But after growing restless with the lessons available in psychedelic use, Alpert began studying in India with Neem Karoli Baba, a.k.a. the guru Maharaj-ji. Alpert became convinced that he had been sent on a mission by God. He went back to the United States with a new identity given to him by his guru: Ram Dass.

He wore a robe and eschewed footwear. After his guru had proven impervious to LSD’s effects, Ram Dass largely left behind drug experimentation as part of the path to enlightenment.

Importantly, in the post-India years Ram Dass wrote his successful book, Be Here Now, which popularized the concept of mindfulness to western hippies. The text sold over two million copies and its fluid concept of ego rejection played a formative role in the life of people like tech mogul Steve Jobs.

A Life Of Spiritual Awakenings

In 1977 he suffered a cerebral hemorrhage, which impaired his speech — but, he said, increased his focus on his own spiritual path.

In 1978, he founded the international health non-profit Seva Foundation, which focused on providing cataract surgery and other services to people who were struggling with their vision. The organization’s website says that it has helped over five million people get their sight back over the years.

Ram Dass had long identified as a bisexual, but came out as gay in the 21st century. Later in life, he did find out that he had conceived a child — now a 53-year-old North Carolina-based banker — with a Stanford graduate student.

More recently, he was the subject of this year’s Becoming Nobody documentary, which presents the man’s life and work in a story told by filmmaker and follower Jamie Catto.

In 2019, he was interviewed by the New York Times upon the release of Becoming Nobody in which he spoke of President Donald Trump’s “heavy karma,” and reflected on his own mortality. “Soul doesn’t have fear of dying,” he said. “Ego has very pronounced fear of dying. The ego, this incarnation, is life and dying. The soul is infinite.” 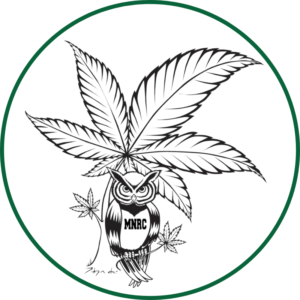